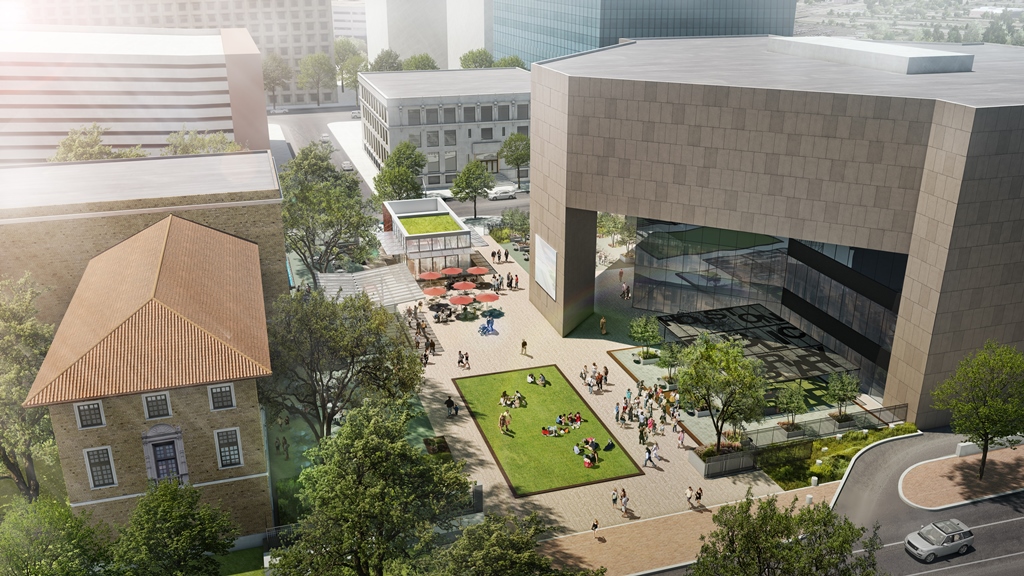 The Barbara Bush Literacy Plaza capital campaign has two phases. The HPL Foundation completed the $1,578,474 fundraising for Phase One in 2016. Construction began in September and was completed in 2017.

The improvements include a new twelve hundred square foot, covered entertainment stage with outdoor lighting and a sound system. Small theater groups and students will use the public performance space. New landscaping and lighting enhances the stage and adjacent areas including the 100-year-old oak trees along the Julia Ideson Building.

New fences with sliding gates on both McKinney and Lamar Streets were installed. The gates are open during daylight hours and closed at night, providing additional security for the Plaza’s features.

In addition to improving aesthetics, the Plaza required structural work. The Library has administrative offices under the Plaza. The renovation involved significant infrastructure repairs that the general public will never notice but are important to the viability of the staff work spaces.